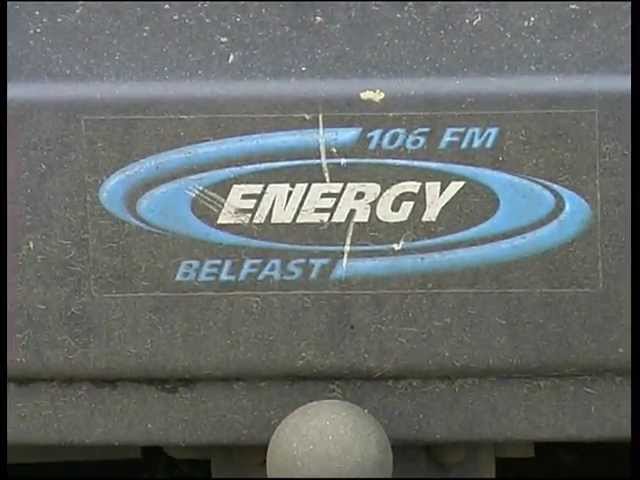 Raw video at the home of the hits, during the Energy 106 years, at The Demesne, Lurgan, with weather engineering over Lurgan approximately in late 2001 ish,
The two megawatt stations Kiss FM 103.7 and Energy106 were created at the Demesne House. Using the old tennis court as test bed, and the “summer house” as a stand alone workshop, many an “item” was built, or repaired or refurbished in the 1980s through to the end of boarder blasters, in Feb 2005.
The home of the Johnston Family, who had a Linen Business (Johnston-Allen) in the town of Lurgan, it was great play ground for “big boys toys” .
This is raw camera video of a few shots for the Irish Era of Pirate Radio.
SCALAR Weather Warfare:-
I also caught some Scalar weather shots. Released for the first time here.This cloud pattern would appear over head regularly, with a twin radial “Wilson Cloud Radial” pattern.
Features the studio in the upper 3rd floor of the house, where Energy 106 started out, recorded onto video tape. Also the carts stack now sold to a museum in Holland. We also transmitted from there “BBQ-FM” Barbeque FM, where we had sections of tower in a square, and a tarp full of water (Known as the swimming pool” for keeping the beer cold. Or throwing those who brought no beer into, when we had BBQs.

Seen here are a set of solid state “Norsk Marconi” transmitters. These were ex IBA, and were full of what we now know as “Black Goo, in the aetheric state”. Only by completely purging these of the goo, would they work in the Pirate domain, at Alien Mountain, north Monaghan. I had two of these, one for Magic 105.1 and one for Thunder, or Choice 107.7 as back up rigs
The 5KW then 10KW (11KW) mods were all engineered here.
The late Frank McCarthey refurbished what was a 3KW CSI transmitter from the Chris Cary’s famous KISS-FM 102.7 Dublin station. It ran as Energy’s 5KW but kept blowing up due to a grossly inadequate and lethal HT transformer, and bad DC block capacitor in the final output. All had to be rebuilt and custom parts made to get this rig up to full power and run it flat out, at alien mountain. From 1996 until Feb 2005.
Thanks to my father T Carter Johnston who let me do all this from the 1970s until kick out time after Energy was taken off air, and his passing soon after.
Now as the Avondale suite is shut down, its a trip memory lane, at Lurgan the home of the hits.
Jeff Camblin and Lawrence John would make shows up in the studio. I would occasionally sneak on a little biddy 1.5KW rig and blast the airwaves, for a few hours….
Craigavon Community Radio CCR , and later KIIS-FM 103, Portadown, started here, and we had TX antennae on the top of the house, where we would do a random Sunday TX. I used to be able to listen to it from here, the whole way to the BBC car park, when I was in the BBC in Ormeau Rd, in early 80s.