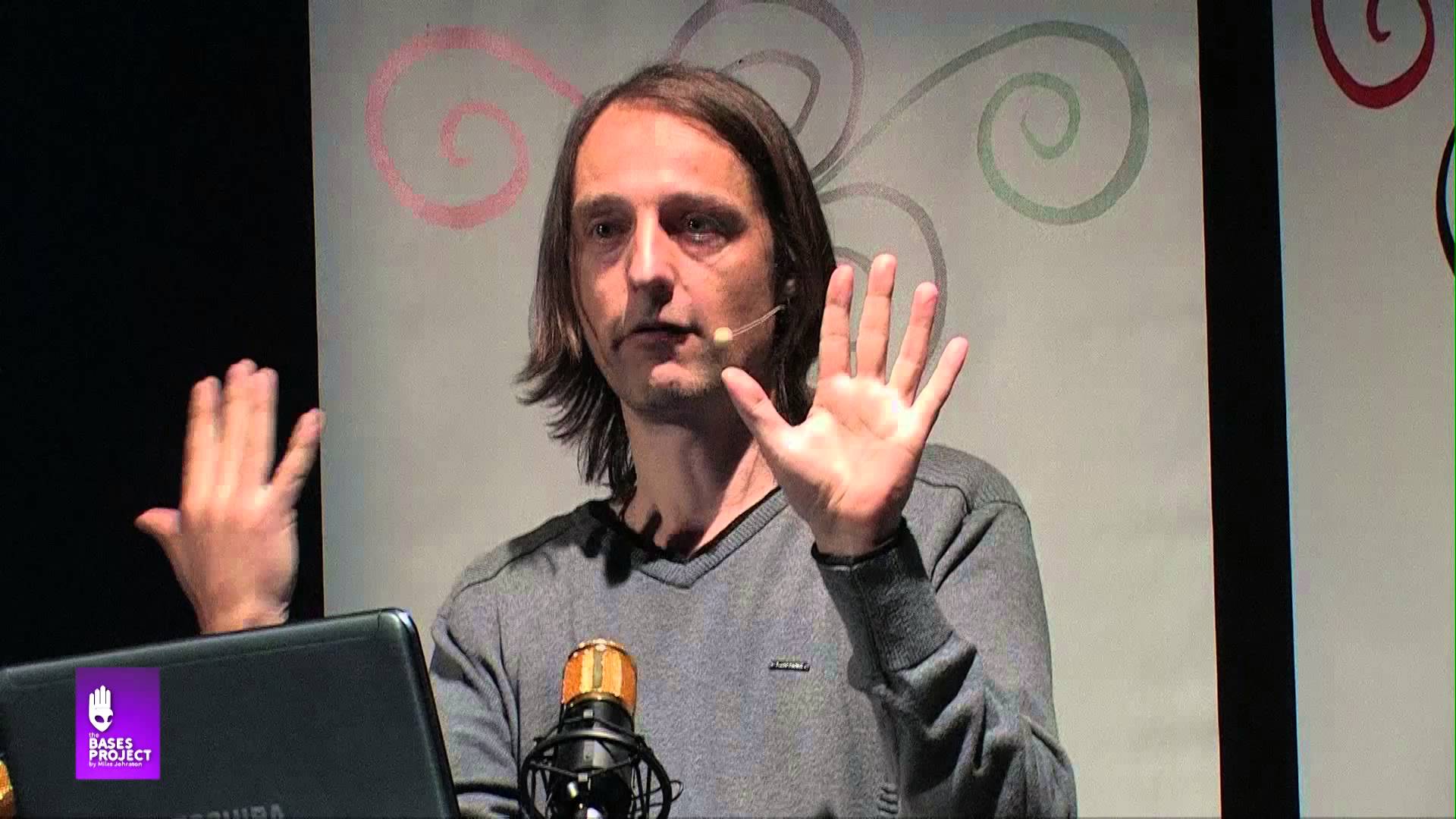 This vitally important concluding talk by Harald must be considered in the context of Bases 48 Peter Paget’s “alien technology donation at Roswell”.

The sole reason Harald returned only 5 weeks after the Woodborough micro-conference on June 20th, was to engage in Sarah Adams, who is accessing the AI created and which assimilated our ancient ancestors, which Paget refers to. Sarah and Max also spoke at this conference on Day 3, and used Lloyd Canning’s paintings to illustrate how even this art is being used to access alien intelligences. All showed up during the conference, which Mirjam Janse was finding out in the private implant scans being done during this and other lectures at St John’s Theatre on the Hill, Marlborough Aug 1st 2015. Harald was in considerable danger from the massive octoforms which made their presence felt at the event.

Here Harald connects the dots on the line of the Black Goo and how a technology transfer to allow us the technology to create computers..an Alien based type of computer, NOT one of terrestrial viability, was seeded to us, so we would make what we have today GOO-gle’s world wide web.
With our television and communications systems now in full control of an Artificial Intelligence, or AI, (Scuttlers; a spider based AI) this series of conclusions that Harald gives is a conclusions to what has been given in Bases 45, with Cara St Louis, and Bases 46 with Harald, and the Woodborough micro conference lectures in June, and In the context of Peter Paget’s Bases 48 data “We don’t Have much ‘NOW’ left”….

…and the Irish Era series (See Miles Johnston’s underground video 20 year series on how Ireland awoke, via pirate radio (See Radio Caroline as well); showing how a population woke up in Ireland in the 1970s and 80s.) Ireland started to awake in the 1960s, in the North, thus the Provisional IRA was created to shut this wake up down.) (refer to Angela Power Disney data)

We MUST react and WAKE UP.
(The behavior of the kit I used to make this, is indicative of a terrestrially made (the physical matter its made from) alien tech telling us a message.) Including two portable/mobile phones and the CPU and cards and motherboards all dying)
The concepts here are extremely important for us all, so we must grab these concepts and take immediate action.

Dr Robert Duncan’s presentation immediately followed Harald’s, with his statement that Humanity can now NOT Avoid Cyborg ‘enhancement to bio robots is a further creaming alarm bell on humanity’s immediate future, as this is happening NOW.

The Black Goo is a subject Alec Newald made us aware of via David Griffin in an earlier Bases (find it and watch) His data must be widely circulated. It is in the hands of NEXUS Magazine’s Duncan Roads, and we await this major documentary.

Stop Press:- as of mid September 2015 Harald has changed tack, and there are issues now, due to certain individuals in England and a ‘pandora’s box of evil’. Harald’s earlier statement about being attacked by a lower energy life form in a human form must be considered here. It is claimed he is in the control of ‘ walk-in’ human partner.

These conference lectures are released for free. The Bases Project does require immediate funding to replace and upgrade its kit which is now badly damaged. With a failing computer, and major losses of computer equipment, even a mobile phone….something is trying to tell me something. The technology used to create the world wide web, MUST be replaced with a terrestrially based computer system with a fundamental shift from the square bi-polar aspect of the fundamentals of digital computer technology, to perhaps a tri-state based wave system