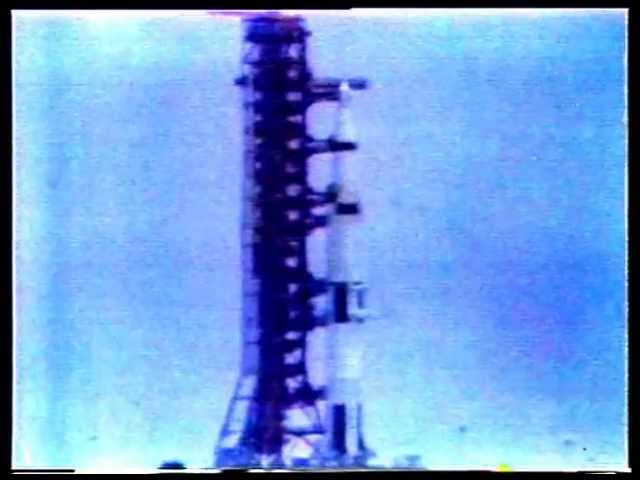 The final launch of an Apollo Saturn V in daylight. Features James Burke, the BBCs science correspondent, and Jim Lovell a veteran from Apollo 8 and 13 unilateral feed to the BBC and the Multilateral feed but with BBC sound.
The audio was horrendous, and James Burke’s mic was always “open” on a compressor, so the audio is all over the place. Its been corrected as best we can. The next launch was Apollo 17 at night which aborted a T-00:30 I had the chance to get those onto VHS but alas, it slipped by.
Also see my Apollo 12 count from T-22, and my STS launches, all from the international line feed from Nasa.
Another major gaff was the main camera angle, directly in the engine exhaust vent angle, so the exhaust blast obscures the crucial seconds at liftoff. Dick Francis commented at the time when he paid a visit to my school describing this final daylight launch, a big event for the BBC. He features in the off air fault finding chat that gets technical with BBC London Master Control, and “The Post Office”… these were the days before British Telecom.