In the few months prior to June 2018, it has come to my attention that several people, whom I have worked with in the past, have been making public accusations against me of the most serious crimes imaginable – specifically, that I am involved with the running of a large number of websites which distribute illegal pornography of every kind possible – including those focused on the abuse of children and even the murder of those people featured in the material (so called ‘snuff videos’).

Having examined the claims and the evidence put forward, it is clear that the truth has been deliberately twisted and manipulated in a way that the facts of the case will make clear. I will explain here what I understand to have occurred, why these claims are false and why those involved should think very carefully about their actions – which may lead to them finding themselves in court for defamation and/or facing criminal charges. Spreading false information of this kind is rightly classed as the most serious type of defamation and I intend here to set the record straight.

The Key Mistake Being Made

The short version of all this is that those involved have found an old image on a blog post (here: http://z.quebec/croyez-vous-aux-extra-terrestes/), which ties me in to a domain name that was used by me in the past to promote my legitimate video production work focused on UFO research: ‘Underground Video UK’. The address listed there is undergroundvideouk.org. I still own and control the domain name ‘undergroundvideouk.com’ and if you visit that address you will see that you are forwarded to my current website ‘https://thebasesproject.org’.

After repeated requests by the webmaster for the bases project for those making the claims to provide evidence to backup their claims, which were initially met mostly by abuse – a post was then made to the Facebook page of one of those involved, providing what they state to be evidence of their claims (Note: Neither myself nor the bases webmaster were notified of this evidence, it was simply by chance that we discovered it after digging around on social media sites to try to understand what was occurring). 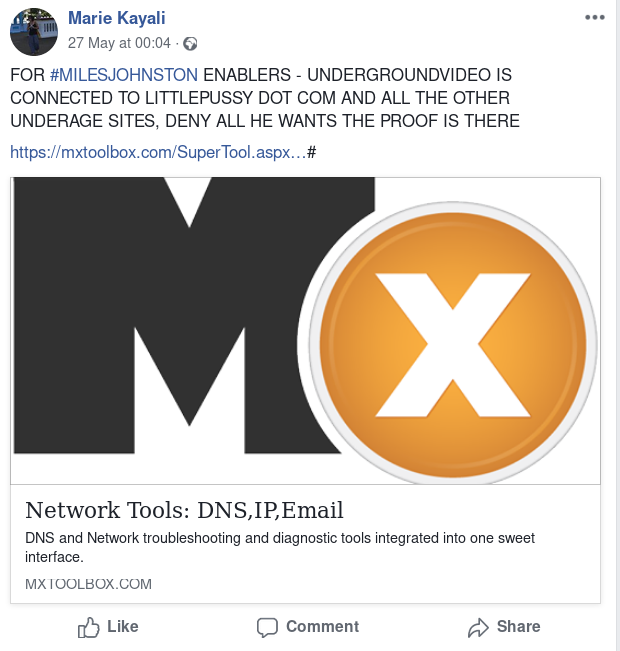 The IP address for the server that hosts undergroundvideo.com is currently: 169.53.246.50

This IP address resolves to a webserver (marlins.entangledweb.net) which is operated by a hosting company called Entangled Web (https://www.entangledweb.com/). It appears that this hosting company also hosts numerous other websites, some of which are pornography oriented and, in fact, undergroundvideo.com itself is an address which currently forwards to another site that distributes what might possibly be illegal pornography (Since we have not watched the material on the site we do not know for sure, but that is how its contents are presented/advertised on that sites homepage).

The domains we have checked from the list of domain names that has been published and claimed to be operating from the same IP address as the bases project’s website, are connected to the webhosting company (Entangled Web) and to the domain – undergroundvideo.com. 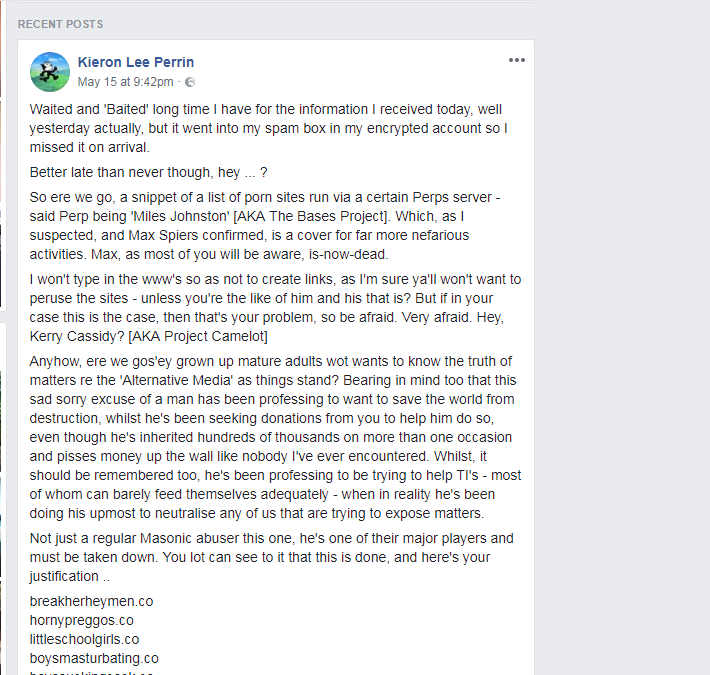 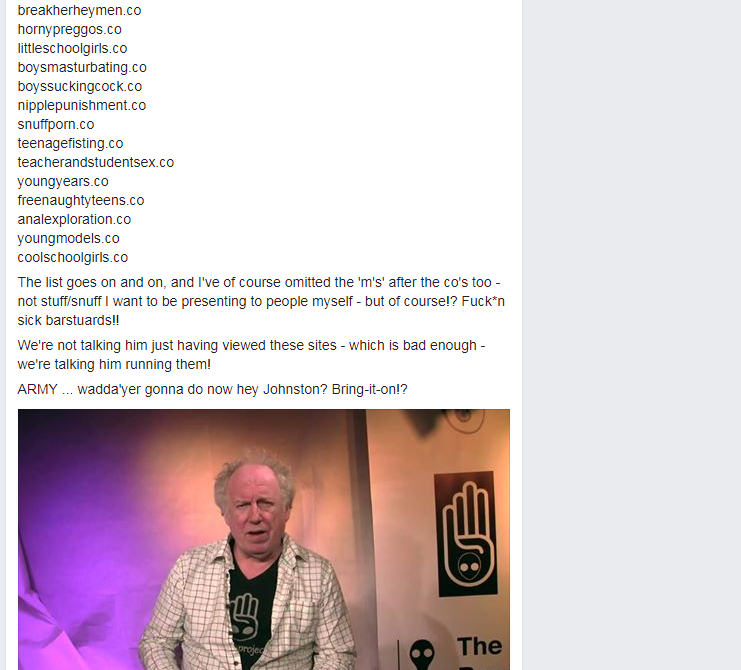 The allegations appear to be entirely founded on several false premises, of which this is the most glaring and serious.

For those involved to attempt to say that I and others in this field are incompetent and poor researchers, while they themselves have made such a serious and simple oversight – suggesting at the very least almost no attention to detail or double checking in their work, speaks volumes.

To be very clear, I do not operate the domain name ‘undergroundvideo.com’ and do not operate any pornography sites or have any connection to the IP address that is involved with the sites that have been claimed to be run by me.

It should also be noted that of the domain names published by the accusers here, of the ones that were checked, none of them (other than undergroundvideo.com) actually resolved to live websites – with some of the domain names not even being actively owned by anyone. Again, an example of not having done proper research into the issue. 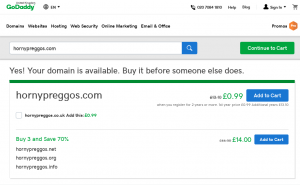 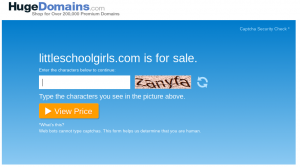 The lack of due diligence research on the part of the accusers and their followers is so obvious and damning, with any competent observer being able to identify the ‘mistakes’ being made – that it seems likely that the motivation here is malicious, rather than due to pure mistake. This is currently being investigated and will form the basis of legal action in due course, if needed.

The core of the claim being repeated by several people to their followers on several social media sites is that the IP address of a domain name that I control can be seen to be linked to the IP address of other websites that are focused on illegal pornography.

For those who may not understand, every computer/device that is connected to the internet has an ‘IP’ number/address that is used for identification by other computers. All websites are hosted on computer servers and each server may or may not have a unique IP address. It is common for companies who provide website hosting services for many clients to ‘share’ a single IP address among numerous of their clients. This means that many websites may share the same IP address, without those who operate each of the sites having any say or knowing about the others who also use that same IP address.

IP addresses are connected to the website domain names that we all type into browsers when we want to view a website (such as www.google.com) by a system that is called DNS. DNS servers convert domain names to IP addresses. It is possible to query the global DNS system to find out which web servers (and their IP addresses) correspond to which domain names. Tools exist that allow us to do some degree of research into who owns / operates which websites – however, this is not 100% reliable for a variety of technical and practical reasons.

The actual name of the person or entity that registers and controls specific domain names is not always publicly visible as it can be set to ‘private’, meaning that all we can see when we look for the owner in these cases, is a company name that handles the privacy. To truly know who owns/operates a domain name in such cases, requires access to the records of the privacy company involved and that would typically mean a court order and police action. It is not possible, generally, to know exactly who owns and operates a website just by simple searches made by the average person.

In addition to the claims made about the IP address and domain names relating to my work, it has also been claimed that I am involved with producing pornography (perhaps at home?) and that text which appeared in a forum post and a webpage by Joanne Summerscales (who I previously worked with on the AMMACH project) is evidence of this. In fact, the post made publicly by Joanne Summerscales on this topic – which appeared on her website for AMMACH until it was taken offline (see here in the internet archive: https://web.archive.org/web/20150406000402/http://alienabductionuk.com/about-us/the-end-of-miles-johnston-insightsupdates) only states that Joanne had seen pornography on my computer while I was editing the work for AMMACH. She does not say that I was editing pornography, which is quite different to simply having images visible on my computer.

I am a personal friend of a mainstream (legal) pornography actress from America known as ‘Kimberly Kupps’ and it is possible that images I have of her are where these claim originated. The claims have since been twisted and changed to fit an agenda intended to misrepresent me to the world in an unfair and apparently malicious way. I make no apologies for appreciating the sexiness of women or for my friendship with a known porn actress and I have never supported or produced any kind of illegal pornography, nor would I ever want to. I have worked hard to do my best to help victims of child abuse and would never knowingly do anything to harm victims or create new ones.

A Public Apology Is Warranted

It is my sincere desire that those involved take note of their mistake here and immediately retract their claims and publicly apologise for what they have done to harm my reputation. I have not and do not harbor any ill will against them and I wish them a swift recovery from their suffering, which they regularly and publicly speak out about.

Make no mistake though, if these false allegations continue, if sincere apologies are not made and if steps are not taken to rectify their errors – I will not hesitate to initiate legal action to find remedy. The seriousness of the situation may well lead to criminal charges in addition to civil action.

Bases 13 John Urwin One Step Beyond The Sixteen

Special Forces veteran John Urwin explains ‘One Step Beyond, The

In the final months of James Casbolt’s life in the

The late Natasha Arthurs interviewed Max Spiers in what was