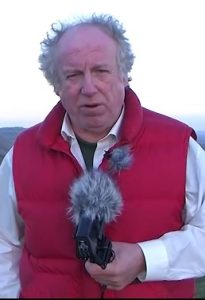 Miles Johnston is a veteran UFO researcher from Belfast and creator of the Irish UFO Research Centre in the early 1970s. He is producer of historical documentaries on pirate radio stations in Ireland for two decades, which developed as a result of massive UFO activity in Ireland in the 1970s. Miles is producer and researcher of the Bases Project which derived from the early pioneering Irish UFO Research Centre. Barry King and Lisa Williams came to Miles Johnston speaking of a secret underground base in Peasemore, Berkshire, where Programmable Generated Life Forms were being produced. The interviews that followed became British Bases, and the Bases Project was born. Miles is a pioneer in the alternative media sector and has Youtube channel where he presents new information from eyewitnesses, ex and current military and civilian sources to people all over the world.

Sophia is challenged on her statements given in Parts 3

Britain’s secret defence bases..directly accessed by ET’s decades ago… and

Fast blast blog on ICER- is Ufooology going off the