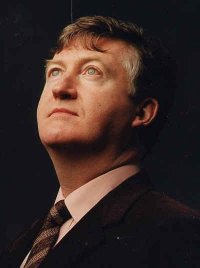 Eamonn Ansbro has a Masters degree in Astronomy from University of Western  Sydney, Australia, and an MPhil and PhD (ABD) degree in Astronomy from the Planetary Space Science Research Institute (UK).  He set up his observatory in the mid 1990s at a time when locals began reporting strange lights and flying objects in the skies. The nearby town of Boyle has a history of UFO activity. Several UFO sightings have been reported in the area, most famously the crash landing of a supposed flying saucer in 1996 that drew parallels with the infamous Roswell incident. Eamonn is Director of Kingsland Observatory and SETI Kingsland in Ireland which is involved in planetary research, SETI and instrumentation.  Eamonn is pioneering a new approach in the Search for Extraterrestrial Intelligence or SETI as a worthwhile endeavour for contact because of the recent breakthroughs in communications technology.

Talk description: Since 2016 an international group of SETI (Search for Extraterrestrial Intelligence) scientists are working with Eamonn within a SETI Kingsland team in Ireland. This fundamental new approach of communications with ET civilisations may help to provide first hand contact with ET Civilisations. Eamonn will talk about his new ways of communicating on a galactic level and not to be constrained by the speed of light, where we currently use the electromagnetic spectrum such as radio.