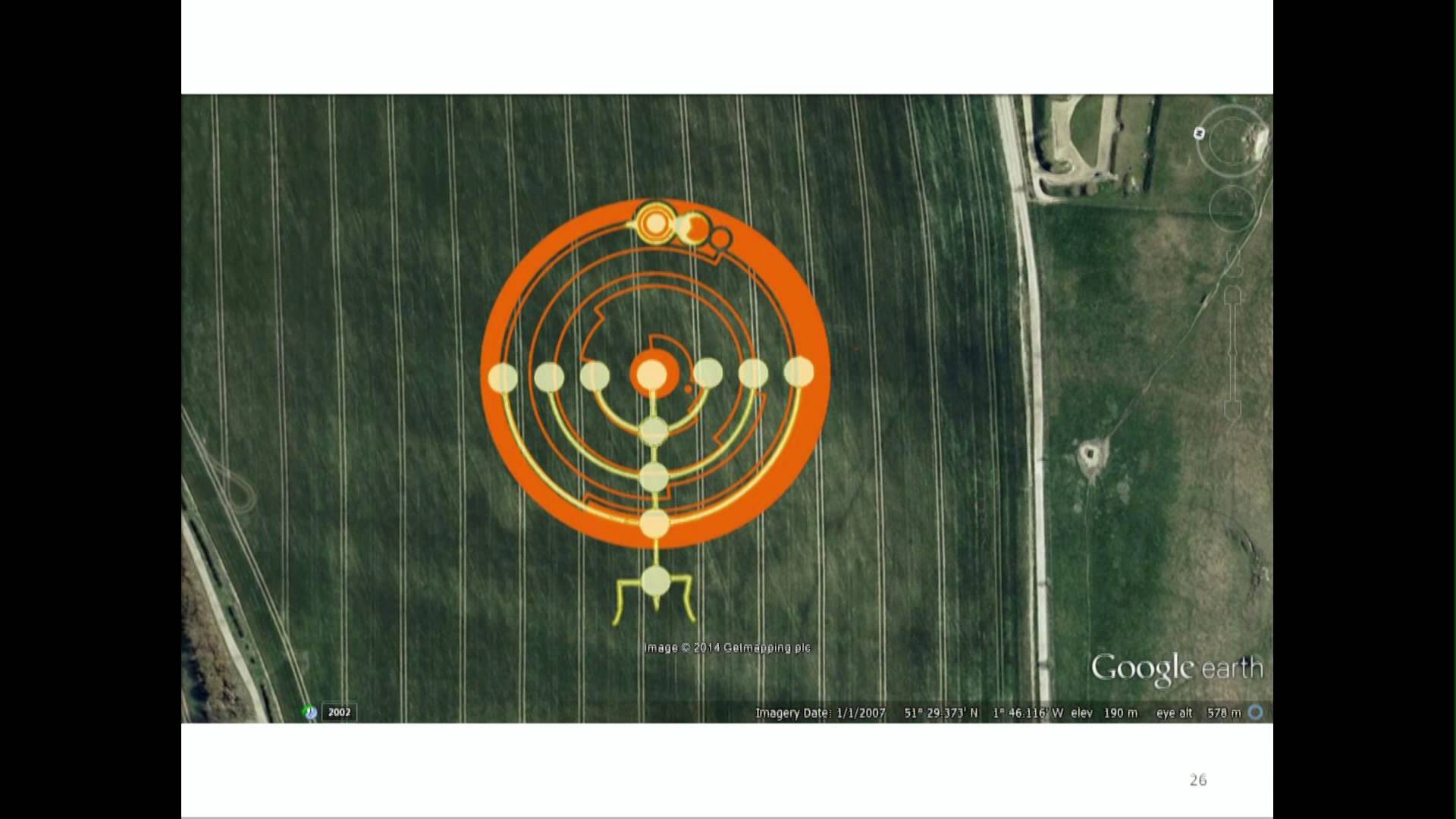 Day 2 of the 2nd International Conference & Film Festival of the Bases Project. Simon Miles delivers a highly detailed and unique analysis of the crop circles. Knowing full well many are so called “fake”, made by people, but getting across this ‘barrier’ its the fact humans make them, and that they have some sort of engagement with higher beings of some form, is the most important issue being obscured in the crop circle issue.
Made by Man, but inspired and communicated from what in the first place? The People who make them, are being communicated with by some other beings of some kind. Something the ‘notorious’ Matthew Williams has being saying for years. (Matthew vision mixer and sound for the event)
Simon is a brilliant scholar and has lectured for the Francis Bacon Society, in which his skill as a critical thinker and analyst is excelled..

The Bases Lectures with Maria Wheatley