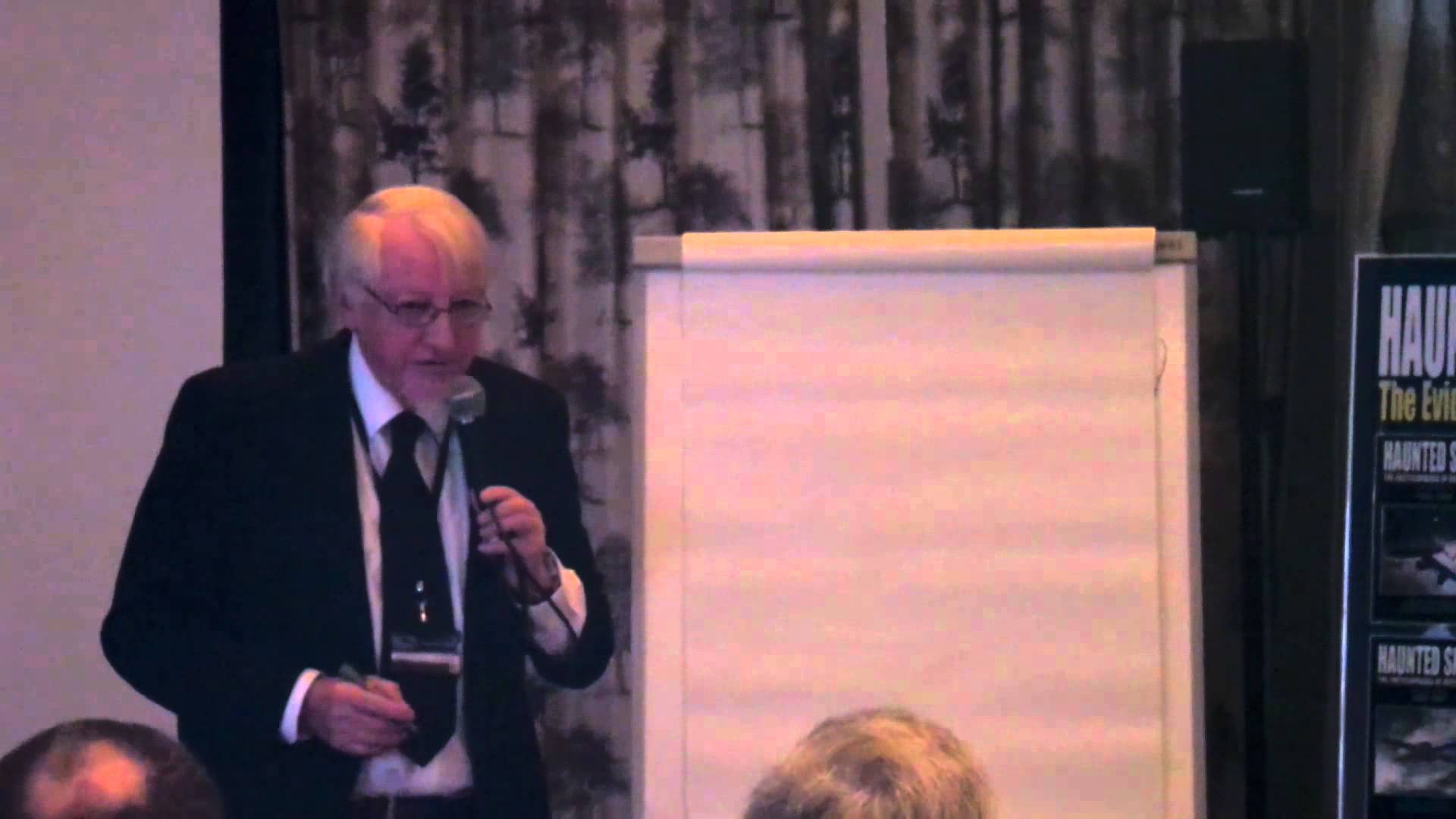 The Warminster “Thing” was a conference organised 50 years ago. In this 50th anniversary, retired ‘man from the ministry’ Peter Paget gives this ground breaking Disclosure Lecture, and later a 3 hr workshop on UFOs, recored as Bases 48.

Considerable ground breaking material is disclosed here.
This is a mobile phone record of his lecture on Aug 29th 2015. PA sound only. (See http://www.warminster2015.uk/ for official edit)

Peter, a mild mannered English gentleman of impeccable credentials, lays it on the line. “We Do Not Have Much Time…’

Such as, in Dec 1980 the Woodbridge and Bentwaers Bases had their entire stock of nuclear weapons neutralised, AS DID THE RUSSIANs, By UFOs. Peter describes this and much more. Watch out for Bases 48 Parts 2, 3,4 for his Disclosure Workshop.

THIS IS A DISCLOSURE EVENT OF MASSIVE IMPORTANCE

Current Works awaiting release: “The Secret Life of A Spook” (A Life Not So Ordinary) expected publication late 2015; paperback. AND
“The Man Who Never Was”, expected release 2016, paperback.

Biography:  Peter was born in London just after the end of the Second World War, a baby boomer, he grew up in London and the West Country where his intelligence was noted at an early age when he advised The Cabinet Office Chief Scientific Advisor at the age of just seventeen years old, by donating free of patent or royalty a technological technique to HMG. This was later taken up by BP Oil and distributed World Wide.   Peter was co-opted into the British Intelligence Community shortly after this and has worked undercover on various tasks and assignments for the past fifty years, while also leading a double life as author, lecturer, therapist and adventurer internationally. He has been both a researcher and programme contributor to the BBC, ghost written books for Granada, made educational programmes for students and the British Army Schools and written under his two paperbacks which have sold in both the English language, French and Spanish translations over half a million copies. Peter was trained as a professional sub-Editor and script Editor and some of his family members are currently engaged full time in the media. Peter was a Full Member of The Royal Television Society in 1995 as a Researcher.

Synopsis
The Secret Life of a Spook
Identified in his teenage years Peter was schooled and trained in the obscure world of counter espionage and specialised as an expert at infiltrating the grey worlds of overseas agents seeking to harm and damage British and American Society. This was often via the political groupings of various anarchists’ cells both here in the UK, Middle East and the wider World.   He came in contact with many faceless and skilled operators, most of them now deceased, which allowed him to see the hidden side of Government Foreign operations aimed at the furtherance of stability and democracy in a troubled World often ruled by Dictators and despots.
He was also deeply involved in countering some dangerous and disturbing endeavours by the enemies of the United Kingdom and insider moles seeking to affect and disrupt the Security Services and Military Command of our nuclear capability. This was dangerous work and only now can the story be told without harming National Security or those other brave spies who worked so tirelessly and in the shadows to protect the British public and their armed services from being in harm’s way. Peter is very sensitive to the security of both the State and his former mates and friends, some still alive who can never be identified or recognised for the service they have given over many years. This book is both an epitaph and tribute to them while being a touching and human story of very real people and the life of a double agent working undercover.